Joined Jan 3, 2020
·
19 Posts
Hey everyone I took my Pilot radio out and will start reporting on my renovation using stock head unit and Clarion crossover, RF 300 w amp for door speakers and Pioneer 10” all in one sub.

I have fairly recently redone audio in my 2013 EX

No idea what happened to pictures, So here is the album link. https://photos.app.goo.gl/QgAj7EvyLUUBLg3e8 Inspired by DMG's remake, this is my overhaul. We had an older car where I replaced the stock audio with an Alpine ILX-207. We recently traded it in for a new Subaru, but I swapped out...

A few thoughts?
How are you going to be using the crossover? Which model? Is it to split out the sub? Stock unit already has a crossover and outputs most of the lows into its SUB channel(speaker level). If you try to feed the sub off front/rear outputs, your bass will be rather poor.
Where will amp go? You plan to use existing speaker wiring or run new? Any plan for new door speakers? Factory speakers are garbage, probably the weakest part of factory audio.

My 'stage one' was for amp and speakers. Speaker outs from stock head going into speaker-level inputs on a 5-channel 600W RF amp. That amp did not provide speaker-level inputs for the sub channel, so I ran the sub output from head through AudioControl LC2i converter. New 14AWG speaker wires to speakers, 12AWG to sub. Door speakers replaced with 2-way Focals, sub replaced with a 300W shallow mount 8" Kicker.

Got to say, using speaker outs from the stock head, the noise floor was ghastly. Could not set the gain even to 3 without getting a very audible hiss. After 'stage two' head upgrade, using preamps from Alpine, I could take all gains to 6+ with zero noise.
T

Joined Sep 28, 2009
·
744 Posts
That Clarion takes line-level inputs.
So are you... getting 3x SNI-35's to convert fronts/rears and sub down to line level? Then mixing/splitting it all through Clarion and sending front/rear to the amp and sub output to the sub?

One thought: 4-ga is real heavy and murder to work with. You definitely do not need anything that heavy. I 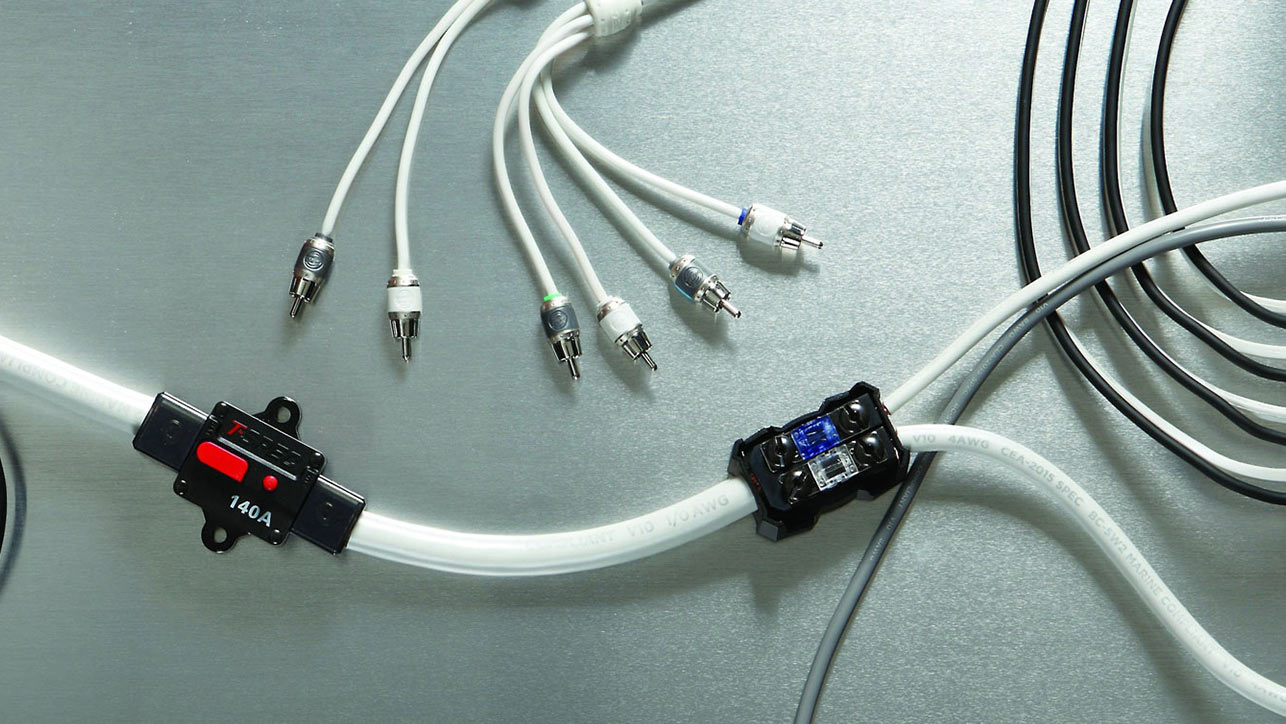 How to calculate the best wire gauge for your car amplifier

You subwoofer is 300W RMS and so is your amp. 300W RMS on a class D translated to about 30amps. 8ga is totally sufficient for the sub, since you run it all the way to the back of the car. The door speaker amp will be more than happy on a 10-ga cable. I am feeding my 600W amp under passenger seat with an 8-ga no problem.
T

Joined Jan 3, 2020
·
19 Posts
When I post the videos you will note I ran 4 gauge to a splitter in the console and then 8 gauge to the Rockford and to the sub. I agree, running 4g to the rear would be over kill.
1 - 5 of 5 Posts
Join the discussion
Continue with Facebook
Continue with Google
or sign up with email
About this Discussion
4 Replies
2 Participants
Last post:
thestrawnman Mar 10, 2020
Honda Pilot - Honda Pilot Forums
Piloteers.org forum community offers tech info, troubleshooting, modification DIY’s and discussion for the Honda Pilot SUV.
Full Forum Listing
Explore Our Forums
General Discussions 2016- Third generation Pilot 2003-2008 Pilot 2009-2011 Pilot 2012-2015 Pilot
Recommended Communities